You're never too old to learn Lorna Prendergast was 90 years old when she graduated with a master’s degree from the University of Melbourne in 2019. She said her message to others was, “You’re never too old to dream.”

Nor, obviously, too old to learn.

In the same year 94-year-old David Bottomley became the oldest person in Australia to graduate with a PhD from Curtin University. The great-grandfather said he wasn’t yet finished. “I have a great deal yet to work out,” he said, perhaps making him the ultimate lifelong learner.

Prendergast’s and Bottomley’s achievements are examples of the levels of learning some older adults are capable of. In 2019-20, around 73,000 Australian adults aged 60 or more were enrolled in vocational training, community education and university courses. That’s enough to populate a mid-size Australian city.

But the term “lifelong learning” has increasingly tended to focus on the period of compulsory education and training across working lives – that is, before retirement.

Professor of adult education, Stephen Billett, argues the concept of lifelong learning has come to be associated with lifelong education, which is more about the institutional provision of learning experiences.

Instead, he says, it should go back to its roots. Lifelong learning is a personal process based on the sets of experiences people have had throughout their lives.

According to David Istance, the nonresident senior fellow at the OECD’s Center for Universal Education, a result of this foreshortened view of lifelong learning is to downplay the considerable amount of formal learning taking place after retirement. This means learning like that done by Prendergast and Bottomley. Although much learning also happens in non-institutional settings.

For example, a Scottish study tracked the learning activities of almost 400 Glaswegians aged 60 or over. Using a broad definition of “learning”, researchers discovered an “active ageing” subset in the sample.

This active ageing group was:

Such findings are particularly significant for a country like Australia where the population is ageing, due to sustained low fertility and increasing life expectancy. The result is proportionally fewer children and a larger proportion of people aged 65 and over.

Over the past two decades, the population aged 85 and over has also increased, by 110% (more than doubled) compared with total population growth of 35%. In mid-2020 there were more than half a million of these “older olds” in Australia. 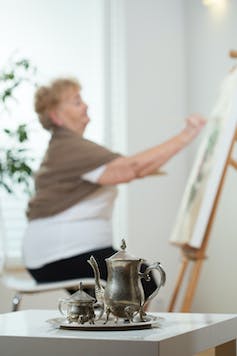 Learning doesn’t have to be in an institutionalised setting. Shutterstock

A lifetime of complex cognitive activity

Brain researcher Perminder Sachdev says surviving into older age relies partly on “a lifetime of good effort”. Some of that effort is a solid education in our formative years and then ongoing purposeful learning.

Sachdev believes this builds better cognitive reserves and sets us up for a lifetime of more complex cognitive activity.

But what is “purposeful learning”? A Swedish review found older adults do formal learning to maintain or increase quality of life, including through learning new things and sharing knowledge, and to connect through social networks. They also see classes and courses as a means of developing coping skills that enhance individual autonomy, and as a way of stimulating their cognitive abilities to help stave off mental decline.

But numerous studies in recent decades have shown formal education is just the tip of the adult learning iceberg.

As the Glasgow study reveals, many older adults are continuing their learning in guises other than through formal courses. Communal examples include sewing groups, men’s sheds, bird-watching clubs, travel groups, and musical jam sessions.

Few of the participants are likely to perceive their activities in explicit learning terms, yet all four reasons for learning the Swedish study identified can be discerned within such groups. 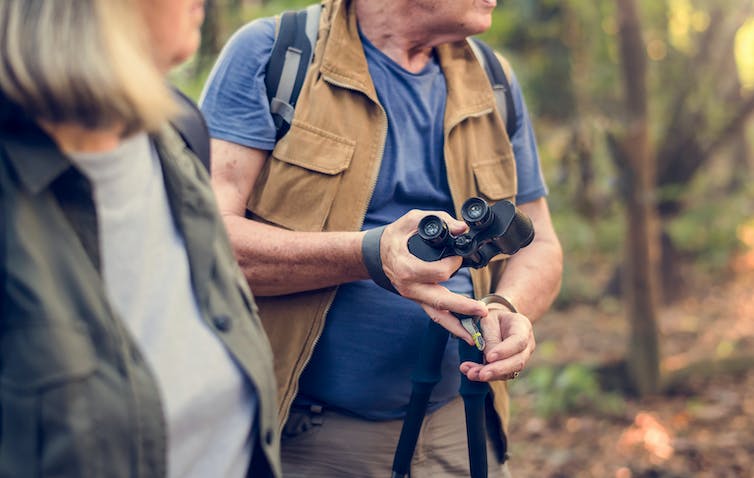 As in the Glasgow research, the proportion of older people engaged in purposeful learning is likely to be a subset of the larger population. Nevertheless there needs to be official and community acknowledgement that a segment of older people has both the motivation and capacity to continue to learn, including into their 90s. These people are “active agers”.

According to Sachdev, the key to maximising healthy ageing is improving the quality of initial and ongoing education because this impacts positively on our brains.

This is not to say older adults should feel obliged to engage in “purposeful learning”. After all, they’re not a homogeneous group, and some may decide it’s not something they want to do.

David Istance intimates some may also subscribe to the outmoded mindset that “you can’t teach an old dog new tricks”.

For older people who do want to continue to engage with the wider world and have the capacity to do so, however, we need to ensure “active ageing” is part of any “lifelong learning” agenda.

Let’s continue to promote older learning champions like Prendergast and Bottomley, not as outliers but as shining lights in a broader expanse of long-twinkling stars.