The Nationals this week finally agreed to a plan of net-zero emissions by 2050. Farmers say they’ve done much of the heavy lifting on Australia’s emissions reduction and had been calling for a deal that addressed purported inequities of the past.

The terms of the agreement between Morrison and the Nationals have not been formally released. We know it involves five-yearly reviews by the Productivity Commission to assess how regional Australia is faring throughout the transition, cutting red tape for farmers and a new cabinet position for the Nationals.

But so far, there’s no clear indication that the deal includes expanded measures to help farmers restore rural environments. This would be a huge missed opportunity.

Agriculture covers 58% of Australia’s land mass, and restoring farmland is one of the best ways to tackle climate and environmental issues over the long-term. A recent study I was involved in explored how farmers can best be supported to do this.

It found landholders are often forced to rely on unreliable and insufficient funding and support when restoring land. What’s more, no coordinated strategy exists to maximise the value land-stewardship programs might deliver. 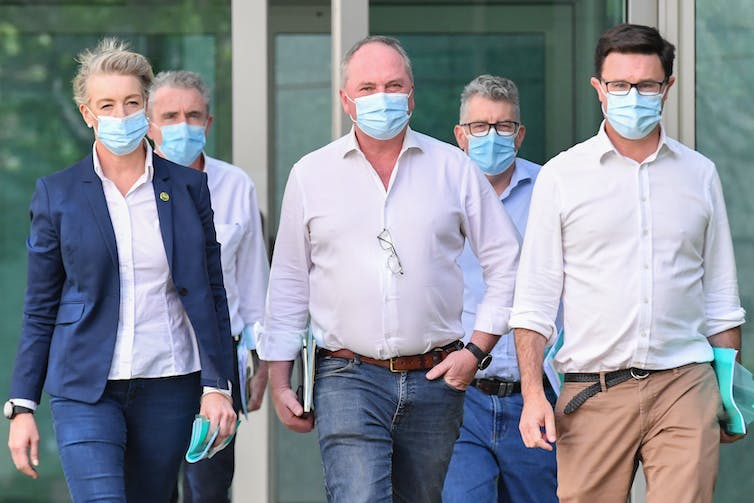 Sentiment from farmers that they’re owed compensation for their emissions reduction efforts stems back to the 1990s and early 2000s. It was then, according to the National Farmers Federation, that Queensland and New South Wales farmers became “victims of land clearing legislation that removed their property rights, without compensation”.

The belief is linked to the unique concession Australia won in the 1997 Kyoto Protocol. Following an extraordinary 1990 spike in land clearing, Australia was allowed to count reduced land-clearing toward its emissions reductions commitments.

Restrictions on land clearing mean more vegetation is retained, leading to carbon dioxide being drawn down from the atmosphere and stored in plants and soil. This limit to land-clearing relieved pressure on other sectors of the economy to reduce carbon emissions.

So it’s understandable the National Party wanted compensation for farmers, and used the net-zero emissions target as a negotiation opportunity. Details of the final deal are expected in coming months.

It would be in everyone’s interest if the measures included ways to boost environmental stewardship of rural areas. This would not only help farmers reduce emissions over the long term, but help improve Australia’s very poor environmental record. 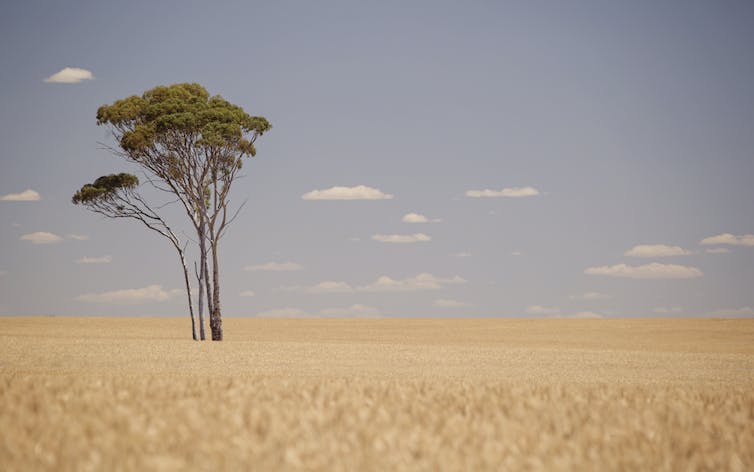 Native vegetation cover must be restored across vast tracts of Australia. Shutterstock

Land stewardship involves efforts to enable landowners and others to responsibly manage and protect land and environmental assets.

This year’s federal budget included A$32.1 million for “biodiversity stewardship”, in which farmers who adopt more sustainable practices can earn money on private markets. The funding includes programs to protect existing native vegetation, implement a certification scheme and set up a trading platform.

But as others have noted, the experience of environmental markets and certification schemes to date suggests they won’t effectively encourage farmers to take part.

Farmers often have unreliable or weak cash-flows, due to seasonal conditions, natural disasters, and the nature of commodity markets.
More government funding and policy support is needed to promote responsible land management, as well as to enforce rules prohibiting environmentally damaging practices.

A study I was recently involved in found current systems to achieve this are inadequate.

Well-designed, well-funded and long-term programs would create a significant win-win for the farming sector and for the environment, and shore up Australia’s credentials internationally. These measures should make it easy and affordable for farmers to:

Make it appealing to farmers

But current incentives and support for farmers to participate in programs like these are not strong enough to ensure a large proportion of farmers take part.

Payments for environmental services and good stewardship practices often promote good environmental stewardship, but require sufficient investment to work. The National Farmers Federation and KPMG have proposed such a scheme for agriculture.

Our study recommended the creation of an authority to lead the design and initial implementation of a national rural stewardship investment strategy.

It could be created via a successor to the Council of Australian Governments (COAG) or a special purpose national and state body. We proposed this new authority should be responsible for initiating a national stewardship funding program within a specified time frame, such as three years.

The authority should be supported by research from the Productivity Commission or a similar body. Crucially, it must consult widely with environmental and primary production stakeholders and First Nations people and ensure they’re involved in design and decision-making processes.

Well-designed stewardship work can create efficiencies. A recent study, for example, devised a feasible plan to restore 30% of native vegetation cover across almost all degraded ecosystems on Australia’s marginal farming land, by spending just A$2 billion a year for about 30 years.

The plan could restore 13 million hectares of degraded land without affecting food production or urban areas, the authors found.

A feasible rural stewardship investment strategy for Australia is essential, possible, and would deliver a much needed win-win for landholders and the planet. It would be a shame for Australian politicians not to harvest such attractive, low-hanging fruit.

Read more:
The Nationals finally agree to a 2050 net-zero target, but the real decisions on Australia’s emissions are happening elsewhere
Nature is a public good. A plan to save it using private markets doesn’t pass muster
A successful COP26 is essential for Earth’s future. Here’s what needs to go right